If the Italian art had remained virtually silent when it comes to artistic trends and cultural concerns distant from the eighteenth century, the futurism, since 1909, marks a point apart in this long silent. It was a February 20 when it disclosed the incomplete manifest of the futurism. The poet Filippo Tommaso Marinetti spearheaded this movement, highly political content that is reminiscent in some respects to Dadaism and living at the time, with cubism. 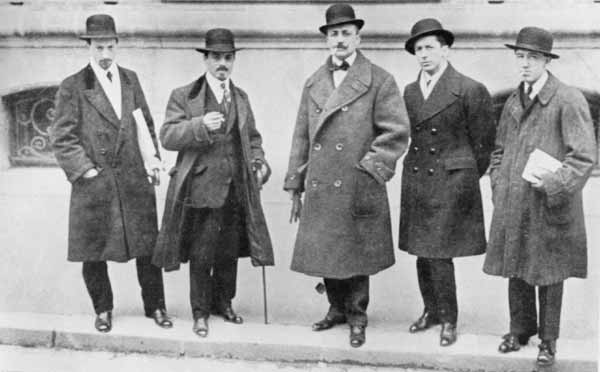 There are many analogies that have been established between the futurism, as artistic movement, with Cubism. While it is considered that the futurism is more complex because the successive movements that made up the Second World War, copied the essence of many of its features.

The fact that the futurism is on a manifesto, presented on February 20, 1909, is an eloquent fact. This is a clearly more social and political art, where museums are rejected or teachers, while it extols the war machine, youth and speed. The use of the manifest as a form of expression was used in a systematic manner by all the artistic trends of the futurism. One year after the founding, appeared the «Manifesto of the futurist painters», signed by U. Boccioni, C. Carr, L Russolo, Balla G and G Severin, but it also appeared the «Manifesto of the Futuristic Painting: Technical Manifesto» or the «Manifesto of Musicians Futurism.» On paper, seeking to exalt futurist artists originality, looking dynamism. Sometimes trying to prove prophetic, and do so with grandiloquence. 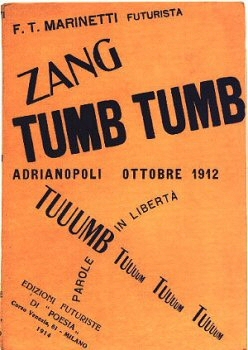 1911 Manifesto of the Playwrights futuristic

1912 Manifesto of Sculpture Futuristic
1916 Manifesto Film
1922 Teatro de la Surprise
1930 Manifesto of Photography
But there were more obvious, such as that proposed by Marinetti in 1921, the «Manifesto of the Touch control,» which proposes «to develop objects to touch, but with the desire to rebuild the environment.» Or the «Manifesto of Natural Flora» by Azari, which rejects the natural flowers. 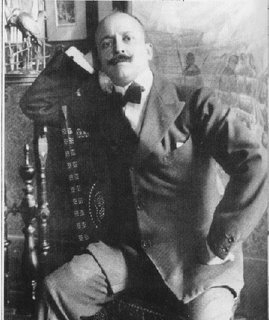 In 1918 was based on «Futuristic Party,» but soon were forging keys that would give him the political content of what was an artistic current, or so it seemed at its inception. Already in the general election in 1919, in Italy, Marinetti, drawing the wake of the manuscripts written, so lengthy and so abundant, drafted a political program in which exalts «the pride, energy and national expansion», or where says: «Italy must master the word about the word freedom.» It is noteworthy that in theory they can find some «pearls», as demonstrations against «old and cures.» It is with the founding of the party when organized in a futuristic fascia, to be retrieved again and again by Italian fascism. In 1913, the futuristic political ideology was already a fact, namely a strong anticlerical, antisocial and advocate for the colonial expansion. 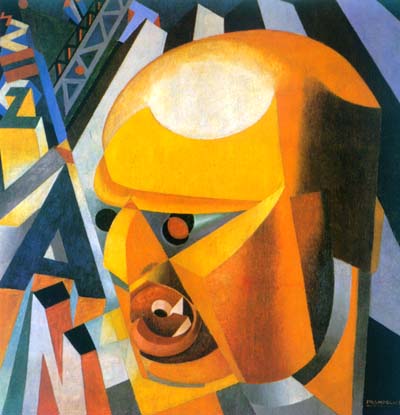 In 1912, following the successful exhibition to be held in the gallery Bernheim-Jenne, Paris, works futurists are beginning to travel Europe. London, The Hague or Munich saw the works futuristic raiding with some success. That was the beginning of Futurism in its new international dimension. Behind the joke, as now we will see how his approach was to be the man of the future, had a bet that would cover all the arts.

Loaded with irony, the futuristic raised that the «new man futuristic» should «sleep standing up, eating meat man, traveling by plane or using metal ties. You should be able to share whatever they wanted parts of your body, live in modern cities and not to visit museums or historic cities, «because not all of this because it could have been destroyed. Everything old should be destroyed. As we have seen, one of the main ideas of Futurism, like other movements, is to change the world, transforming it. 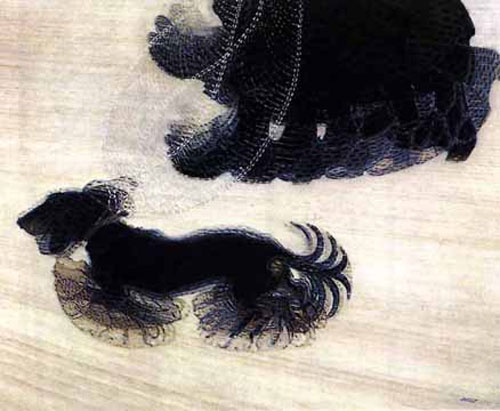 Giacomo Balla created «Study of Light» in 1909. This is one of the earliest examples of painting futuristic. Using the technique of «corrido photo» (the simultaneous view of several aspects of a moving object) The table presents short brush strokes in the form of «v», with complementary colors, trying to capture the movement.
Balla went from realism to cubism to reach the divisiveness.
In the futurism more advanced or evolved is clearly a variation of what is known as synthetic cubism based on repetitive curves.